Home/Testimonials/Johan Calitz in Tanzania
Previous Next 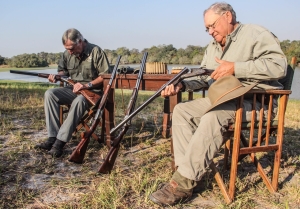 Our friend, legendary professional hunter and outfitter Johan Calitz from Johan Calitz Safaris is currently hunting in Tanzania with clients. Looking to bag some plains game, a male lion and a couple of Cape Buffalo trophy bulls.
After sighting in the rifles and giving them a good clean the hunt began. 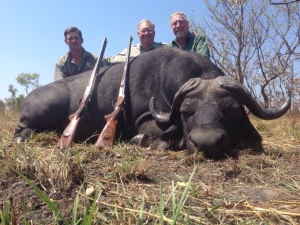 After numerous days searching in the hot African sun for a nice old mature Buffalo bull they stumbled across this DAGGA BOY. With no doubt Johan’s mind he told the client to take the shot. A trophy like this doesn’t come across your path every day.
The hunter successfully used a PEREGRINE BUSHMASTER VRG3 on a 416 Rigby loaded at about 2400 f/s muzzle velocity. The bull went down.

The bull was quartering forward facing the hunter, the bullet entered between the neck and the shoulder and was recovered at the right rear rib under the skin. With magnificent expansion and straight line penetration like only the PEREGRINE BUSHMASTER VRG3 can do! 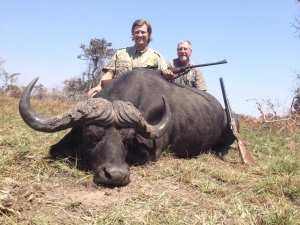 A second magnificent bull with a wide spread and a thick boss was also taken with the 416 Rigby using a PEREGRINE BUSHMASTER VRG3. The Buffalo was shot from behind just next to the base of the tail. The bullet penetrated through bone and soft tissue into the stomach. The bullet was recovered in the front quarter of the animal.

Thank you Johan Calitz for your loyal support and trust PEREGRINE BULLETS. You are truly one of the legendary hunters today. 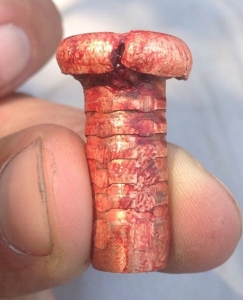 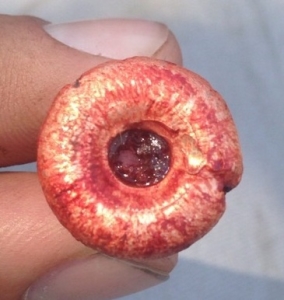